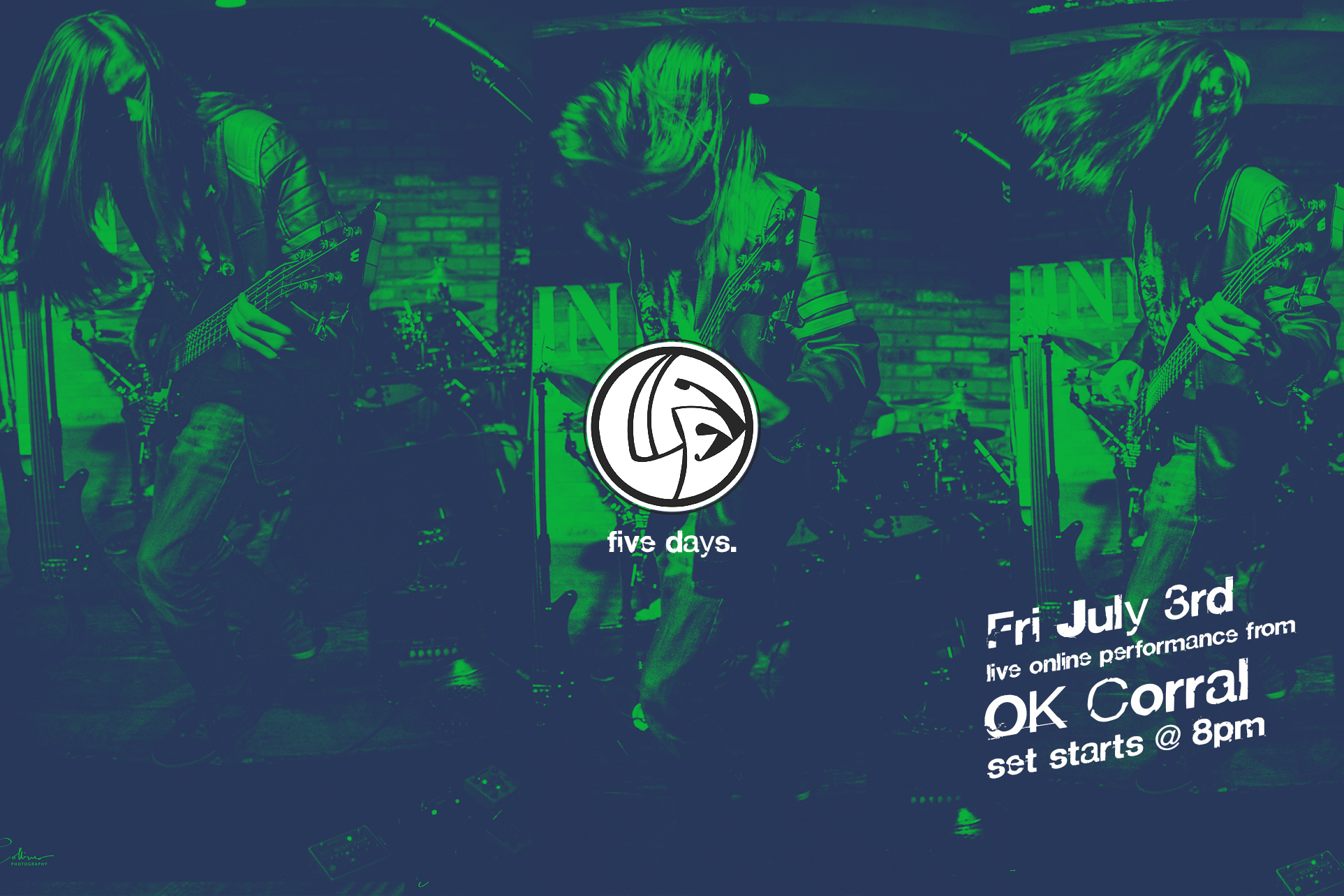 I think someone famous must have said that, so I guess it’s true. There is not a lot of that Love thing going on these days, of course, and our symptoms of withdrawal are getting to clinical levels! But! We were lucky enough to have a bit of a reprieve and we finally got to play on stage for the first time in 4 months!

Ecstasy! It was oh so glorious. So sweet to play on a stage at full volume again, and it was at one of our faves at the famous OK Corral in Kelowna BC.  Albeit, the “crowd” was limited. Staff, bandstand techs and a couple of family members or friends only (we’ve played worse crowds…)

It was a total blast, though and it was live-streamed so a couple of thousand people actually saw it. Again, sweet. The Stage and sound is the best in town. Like the “Wash my way” vid we did, this was another new experience…kinda different in the big room and rocking out tothe camera, but good times were had.

We are also pleased and saddened that we were part of the last ever rock show on that stage. The OK Corral closed its doors for good shortly after. Another iconic venue gone… (We had our first CD release party there – full house, one of our best shows ever!)

So, no one can besure whats happening next in the Live scene, but we will keep you posted on what may be next, and we had a great moment in the midst. We even got the footage (plus some of our own) and the audio tracks, se we’ve been making upsome live vids! (insert crowd noise) . Here’s one of a new song of ours  (will be the second up-coming new release)called    State Of Shock/Fine Mess

Check it out and have a mini live experience! We already imagined you all in front of us anyway… We Have a bunch more, so maybe we will put them out as the weeks go on..